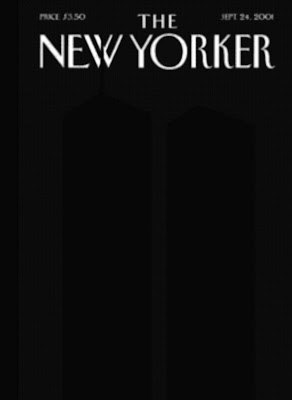 Today was my older daughter’s first day of kindergarten. After we delivered her to her classroom, there was a gathering of kindergarten parents in the auditorium of the school to have coffee and do whatever they needed to do to get over the now drastic change to their lives, of having their children entering school. Conversations eventually led to the date, and the events that happened. My daughter is 5 years old, and was less than a month old when the World Trade Center came down.

September 11, 2001 was a beautiful Portland morning. The air was crisp and I had a one month old peacefully sleeping in her cradle. I had walked out to my truck to drive to work, completely unaware that anything tragic had happened. My across-the-street neighbor said something like, “Can you believe what happened to the Twin Towers?” I had no idea what she was talking about. I got in my truck, turned on NPR, and heard the news. All I could do was sit there, listening. After about five minutes, I shut my truck off, went back inside, and turned on the TV. Every channel had the same thing: images of the towers burning. My parents, visiting from New Jersey, had both been out for an early-morning jog. They got home and we watched the footage in horror and disbelief. My wife and I have friends in NYC; we frantically tried calling them to find out if they were okay. One of our friends’ mom worked in the World Trade Center (fortunately she was out of town on a business trip). It turns out a good friend of ours was in New York, on his parents balcony, taking pictures of the fall foilage in Washington Park, when the towers were hit. He watched as people covered in dust made their way from the wreckage, and as the towers fell.

I thought to myself, “how could I bring a precious new life in to a world where this kind of thing happens? How is she going to grow up in this changed culture? What can I do to protect her?” And now, five years later, I’ve sent her off to kindergarten, a place where she’ll continue to grow into her own person, to protect herself, and to experience a culture that isn’t in my control.

My wife asked if I was sad. And you know what? I’m not. I realized on September 11, 2001, and I realize it again today, that my daughter is one of the people who will make a difference in our society. She’s the future of civilization, and of what the United States can become. I couldn’t be more impressed or fortunate to know that she will use her intelligence, personality, and love of life to make our world a place where people can live together, can achieve goals, believe their own beliefs, and treat others with respect.

I’ve been thinking a lot about the image above, the cover from the September 24, 2001 New Yorker. The silhouette of the towers on a black background, so subtle, yet incredibly powerful. As a designer, this cover perfectly represented the mood. It represented how we were all feeling, the sense of loss, the idea that words simply could not be communicated to represent this tragedy (more about this cover). Words still can’t. The images will be with us forever.

Let’s live like five year olds: inquisitive, a love of play, a desire to learn, and the ability to experience things together, as a collective group, to help each other.